We are all One

The adepts of mysticism do not want to gather masses of people but rather want to help the single seeker after Truth being on the way of all mankind to reach the True Home of everyone, Sach Kand.

They consider mankind as a great procession of God.

Kirpal Singh made the following states at the Unity of Man Conference in 1974:

What I am telling you is nothing new. I would like to ask you to spread everything you heard, everywhere you go. Shout it from the roofs that peace and happiness come down to earth. I am praying to God and you are praying with me that He gives us His special Mercy and prepares us to receive a first-hand experience of the Truth. The Ideal standing in front of us runs:

We are all One.

Furthermore He stressed in His last circle letter to His disciples, 15 May 1974:

It would be prudent to clarify that the campaign of Unity of Man has to be carried out above the level of religions without in any way affecting any religious or social orders. It has to obtain in practice the blessings and support of all those who believe in the Gospel of Unity of Man, and could give it strength by taking this Gospel to every human heart around them and convincing them of the need of its acceptance in daily life. It will neither be tagged with Ruhani Satsang1 nor with any other similar organisation2. The enthusiasm of its admirers will be the real force working behind the campaign.

When the moral depraves, the Divine Grace increases to more opulence to the general benefit of the masses. To grant an Inner first-hand experience perhaps is the only touch-stone to discriminate the wheat from the chaff, the perfect from the imperfect masters of which the world is brimfull.

Thus it is said today:

All were permitted to see You in the form of their Guru of the respective time strolling on earth, all this I never had in this life. Entering this world through Thy hands, born as Thy disciple, carried by Thee. Born as a sinner, I spend the time in the pang of yearning for Thee in Kal Desh. Oh Kirpal! Rescue all! In hardship and distress appears Gobind, yet is unable to be of help for me. Agam has no ointment for my sorrow. My Ishit Guru Thou were. What a joy to see this! Already once we have been together and yet this time we’ll become One! In order to abate the agony, I distribute it to all Thy children. The pangs for Thee Kirpal should wane, oh what a wonder – the case is converse. Thy Word lights up every part in us and Thy voice is the music in our brow. Each one may hear It, destined by Thee. May all become Thy ambassador! 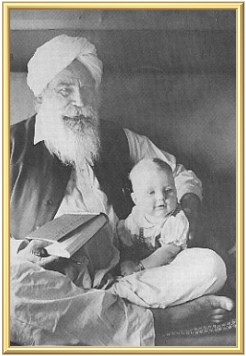 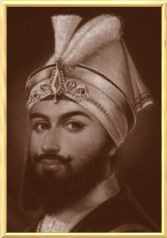 Kirpal Singh asked His Master Hazur Sawan Singh, why He explained everything to the people at the first meeting and if it was not better to lay open the things step by step.

Once there was a disciple who had reached the second and third stage, but his Master left this world, so these stages naturally were the be-all and end-all to the disciple. Another disciple came up to the second stage, the same thing happened, for this disciple the second stage was the be-all and end-all after the decease of his Master. Another one had joyfully reached the first stage when his Master left this world, for him this stage was the highest. It is thus better to explain everything directly, for even in case the disciple never meets his Master again in physical shape, he would still know where he stands.

This is the reason for the revelation these days. Receptivity needs no words. When it is cold, it is not necessary to explain that to somebody, we feel the coldness for ourselves; when it is warm, we feel the warmth without explication. The Master-Power works in the same way: Once the disciple is accepted there is no need for many words, for the development happens without words, by transmission alone.

Excerpt from the book ‘Godman’ – Chapter I,

Guru: What He is

Whatever we say of Him, we perforce do so at an intellectual level, which has a very narrow and limited scope. All our efforts in this direction are bound to discredit Him rather than to give Him any credit.

Thou art a King, and I address Thee as an ‘Elder-Man’; far from doing any honour to Thee, I bring Thee discredit.

The highest and subtlest intellect attempting to describe Him is just like a toddler standing before his mother and saying, ‘Oh darling, I know you!’ How much can he know of his parent when he does not know anything of himself? His sweet lisping words cannot do any justice to the deep motherly love and affection that lies in her bosom. We too cannot sing the glories of the Master, for we cannot know, at the bar of the intellect, Him who is beyond all – barriers and limitations.

Blessed indeed are we, for Master-Souls, as and when They do appear, at times tell us of Themselves. It is from Their rare utterances that we can know something of Their greatness and of the potential Power that works through Them.

In innumerable little ways, in parables and otherwise, They tell us of what They are, what is Their mission, from where They come and how They carry out God’s Plan.

It would be advisable for us to go to Them and listen to what They have to say about Themselves.

I prefer an ant yelling for the Almighty to hundred defamers.

Criticism against the imperfect masters and their appendage of disciples is not recommendable. We all are in the make and it has no use for the personal progress to cover others with torrents of disdain, hatred and mockery in the perspective of the small self. This rather hinders the own progress.

So let us meditate in His Name and enjoy His kindness together.

In the Gurbani it is said:

Let us be connected in the Name of the Lord, because we are not separated from Him.

With regard for you all

Explanation: 1) Ruhani Satsang was the Spiritual Platform by which Kirpal Singh taught the broad population of the world the unity and the immutable Truth according to Baba Sawan Singh’s rules and His stated wish during His physical stay on earth. 2) The many different groups, organisations and associations acting worldwide and being founded and registerated in the name of Kirpal Singh after his physical departure do not correspond with campaign of the Unity of Man described and wanted by Kirpal Singh. The campaign of the Unity of  Man wanted and intended by Kirpal Singh has no organizational or associational structure as described in the circular letter. This campaign of the Unity of Man is not dependent on a patronage or organisation with the same name or different names, any imperfect Master or on anyone at all. So it is clear that not only Ruhani Satsang does not have the patronage for this campaign but also Kirpal Singh did not trust any other organisation of whatever nature with this task and He also did not wish to do this.