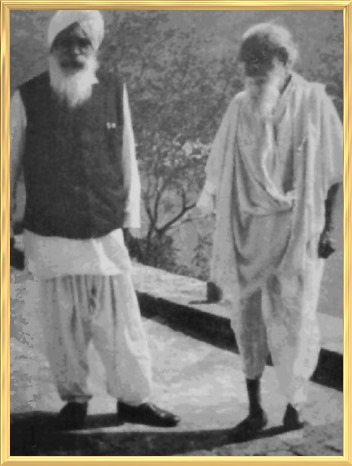 In Rishikesh, I met everybody. All were intellectual wrestlers, debating clubs, all performing this elementary step: how to say prayers, how to perform certain rites and certain rituals. And most of them were doing Hatha Yoga practices. Of course, with due deference to it, it makes the body fit, that’s all right.

There was also one fellow, who is still alive, called Raghuvacharya. He’s an old man now, I think one hundred and six or seven years old, but he gets around like anything.

When I went to see him, people said,

Oh, he never cares for anybody.

When I was about more than one hundred or one hundred and fifty yards away, he appeared. He was sitting on his feet. He looked at me and he stood up.

That’s strange. He has never cared for any man, yet he stood up.

He came forward and met me, and we had a talk. And in the talk it came out that he went to the first plane: to Sahasrar.

I found only one man who had transcended the body and reached the first stage.

Note: The above text is a report by Kirpal Singh on an occurance during His sojourn in Rishikesh.